Chilote Mythology:  The Royal Family of the Sea

The people who live in the Chiloé Archipelago of southern Chile have developed their own unique mythology over the centuries which helps to explain their environment and its maintenance. Being islanders they rely upon the sea for much of their sustenance and they have evolved a hierarchy of divine figures who take care of the ocean.  This hierarchy is made up of a Royal Family who consist of a king and queen, a prince and two princesses. 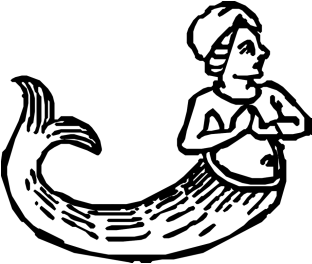 Millalobo is the king of the seas and was said to have been born from a union by a beautiful woman with a sea lion during the epic battle between Tenten Vilu and Caicai Vilu that created the  Chiloé Archipelago.

He had a human wife, Huenchula and they had a son, the Pincoy, the prince of the sea, and two daughters, the Sirena Chilota who was a type of mermaid and the Pincoya a sea nymph. The prince and the princesses helped their father and mother take care of the sea. 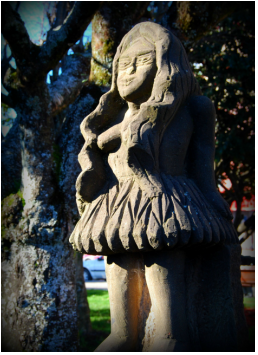 In Chilote mythology La Pincoya was a female water spirit or nymph. She was believed to be incomparably beautiful with long blond hair and a naturally sensuous and cheerful disposition.  One of the children of the King and Queen of the Sea she would materialize out of the depths of the ocean naked. She would appear before the people naked and pure and perform a ritual dance as her husband, the Pincoy sang.   The way she danced would tell the people what kind of harvest they could expect from the sea.

As daughter to Millalobo and Huenchula she was also a princess. She helped take care of the sea along with her brother the Pincoy, who was also her husband and the Sirena Chilota, her sister.  One of the tasks of these three siblings was to find the souls of those drowned at sea and take them to a mythical ship called El Caleuche.  Once on board they would return to life as crew of the ship.

The Pincoy, Prince of the Sea

The Pincoy was the son of the Millalobo and Huenchula.  He was a water spirit similar to a merman.  His lower body was similar to a large seal and gold of color.  He had a handsome and. masculine face and had long golden hair. Women were magically attracted to him but he was married to the Pincoya, his sister. With his sisters he takes the souls of those drowned at sea to the ghost ship El Caleuche.

The Pincoy also sings a strange and beautiful song which his wife and sister, the Pincoya dances to. The way she dances reveals to the islanders how abundant fish and seafood will be.

La Sirena Chilota is a kind of fusion between Mapuche mythology and European folk tradition. She is similar in appearance to a mermaid.  Her lower body is that of a fish and covered in beautiful, gleaming, golden scales.  Her upper body is that of a beautiful young woman and she has long golden hair.  As well as helping her brother and sister take those drowned at sea to El Caleuche she has all the fish in the ocean in her care

The Royal Family preserve the sea for the Chilote people helping to ensure their survival and providing a sustainable future for generations of islanders to come.
© 18/10/2015 zteve t evans
References and Attributions