By zteve t evans
Welsh mythology is the mythology of the people of the principality of Wales which is part of the mythology of the Brythonic people.  These were the ancient Britons who inhabited the British Isles, including Cornwall, Ireland and Brittany the Isle of Man, and the Scottish Isles before the Roman invasion.  Today Wales is a part of the United Kingdom and occupies the western part of the island of Great Britain between England in the east, the Bristol Channel in the south and the Irish Sea in the west and north.
The earliest Britons

According to recent research that has produced the first genetic map of the British Isles, the Welsh were found to be able to trace their DNA back to the period following the last Ice Age.
This is believed to make them the descendants of early  pioneers who first settled Britain about 10,000 years ago.  Because of its mountainous terrain and westerly location Roman, Anglo-Saxon and Viking invaders never conquered or rarely mixed with the Welsh so there was not a similar  spread of foreign genes as was experienced by other parts of Britain.   Furthermore the research showed there was not a “Celtic” genetic group though the Welsh, Cornish, Northern Irish, and Scottish had the most differences from the rest of the UK.

The Welsh people as descendants of the original inhabitants of the British Isles before the Roman Conquest, still proudly retain their own unique language, culture, history, mythology and tradition that evolved from the ancient Britons  and Celtic people before Christianity and developed through the ages.  It later became influenced by Christianity and mixed with Medieval romance and culture to give the rich plethora of folklore, mythology and legend that we know today. 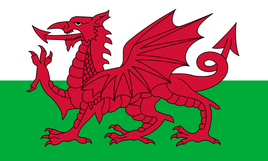 Much of the early pre-Christian mythology and legends can still be seen in the surviving medieval  literature of Wales, such as the  Book of Taliesin, and the Book of Aneirin and the   Mabinogion  of the Red Book of Hergest, the White Book of Rhydderch.  Other sources of Welsh mythology and legend are poems such as Cad Goddeu (The Battle of the Trees) and texts such as Thirteen Treasures of the Island of Britain  the Welsh Triads which also contain much folklore and references to Arthurian legend and post-Roman Britain. Much of the early mythology before the Romans was not written down but learned and repeated orally by Celtic Druids so there is much that is unclear and many gaps to fill.

The Latin Historia Britonum (the History of the Britons) attributed to Nennius in the 9th century and Historia Regum Britanniae (the History of the Kings of Britain) by Geoffrey of Monmouth in the 12th century along with later works of folklore such as The Welsh Fairy Book by W. Jenkyn Thomas (1908) are also important reference points. 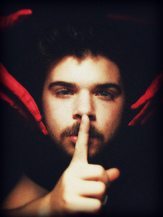 Wales is rich in legend and culture has produced some marvelous stories.  Below is just a small sample of the folktales and legends that seem to be found on every mountain, in every valley, every river bend, in the towns and villages of the Welsh people.  In fact just about everywhere has some legend or tradition that takes you deep into the Welsh otherworld,  and below are just a few.

The legend of King March’s ears tells how a Welsh ruler born with unnaturally long ears tried to cover up his deformity.  Eventually by supernatural means the truth came out.  Despite his initial shame and anger he discovered that his appearance did not really matter to his subjects who loved him because of his kindness and because of the justness of his rule.

The Afanc of the River Conwy

The afanc was a type of supernatural water monster that lived in the rivers and lakes of ancient Wales. When angered they could make the waters rise to flood the land.  They would also kill and eat humans and animals. Hu Gadarn used his oxen to drag one to a pool on Snowdon where it could do no harm after it kept flooding the valleys.

From Myddfai in Carmarthenshire comes the legend of the Lady of Llyn y Fan Fach, which tells how a local man fell in love and married a woman from the otherworld.  Even though they enjoyed an idyllic relationship unfortunately it did not last and she was compelled to return to the Otherworld much to her husband’s despair.   She was the mother of three sons who became famous as the Physicians of Myddfai.

The three sons of the Lady of Llyn y Fan Fach practiced the skills of herbalism and healing that their mother had taught them.  She taught them these special skills from the otherworld that they may alleviate pain and sickness in the world of humans and pass on that knowledge to others.  They achieved renown with their skills and became known as the Physicians of Myddfai. 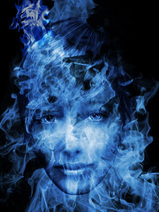 Welsh legend and tradition tells how the sea drowned the land of Cantre’r Gwaelod which was also known as the Lost Hundred.  There are a  different versions but the story tells how a land of numerous villages was overwhelmed by the sea because of the human fallibility of Mereid the King’s daughter who failed in her responsibility in taking care of a sacred well that dispersed the spirit of a goddess across the land.

The birth of Taliesin

The tale of the legendary Taliesin tells of the most famous bards of the Welsh people.  From his extraordinary birth to his life as a bard Taliesin holds a special place in Welsh legend, mythology and folklore.

Hugh Gadarn was a legendary leader and benefactor of the Welsh people.  According to legend he led them from their original home of the Summer Country or Deffrobani to settle Britain.  He was credited with giving them laws, teaching them how to pass on information in verse and how to plough the land.  He also disposed of a water monster called the afanc which was causing floods across the land.

There are many legends in Wales that tell of the exploits of the legendary Twm Siôn Cati.  He was born in the region of Tregaron and was a thief, outlaw and trickster for many years but did eventually settle to lead a more respectable life as a bard, historian and justice of the peace.

These are just a few of the centuries old folktales and legends that abound in Wales.  A great deal more of the folklore and traditions of Wales are found in poetry and songs that have been composed over the centuries. The Welsh language adds to the richness and depth to what amounts to a continuous growing bank of culture and tradition.

The nature of myth

As is the nature of mythology, legend and folklore there are many different versions of the same tale.  In some examples presented in these pages we offer interpretations of meaning though we recognize that myths and legends can be interpreted in many different ways and meaning may change with time. Therefore we encourage the reader to form their own opinions using their own experience and knowledge of the times they find themselves living in.
© 21/05/2015  zteve t evans
References and Attributions