By zteve t evans
Dragon boat racing is a spectacular and exciting event and the highlight of the Dragon Boat Festival. In China and many other countries in south-east Asia, the Dragon Boat Festival, or more correctly the Duanwu Festival, is a traditional and national folk festival originating in China over 2000 years ago.  It is one of the most popular and widespread of Chinese festivals and officially recognised. The festival is held on the fifth day of the fifth month by the Chinese lunar calendar and the last one was held on 5th May 2009, by western calendars. 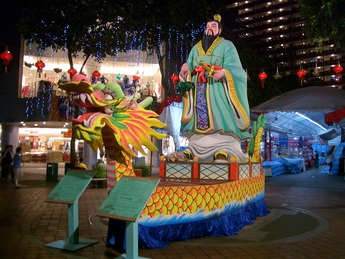 Statue of Qu Yuan in a dragon boat, Singapore
The Legend of Qu Yuan

Its origins are shrouded in history and there are different theories on how it began. The most popular account is that it was derived from the remembrance of Qu Yuan, the great Chinese poet and patriot.

Qu Yuan was a loyal minister to Emperor Huai, in the state of Chu, between 475 BC and 221 BC, which was known as the Warring States period. He was much respected for his patriotism, wisdom and integrity.

Qu Yuan often pleaded with the Emperor to put a stop to the corruption that was rife in his court. Consequently he made powerful and influential enemies who plotted to disgrace and discredit him. When Qu Yuan warned against making an alliance with the neighbouring Qin state his enemies persuaded the Emperor to banish him from the state of Chu.

In exile he wandered among the people teaching and writing poetry and became much loved and respected. After 28 years in exile Qu Yuan witnessed the gradual decline of Chu due to corruption. When it was conquered by the state of Qin he was so distraught that he committed suicide by throwing himself into the Miluo River whilst attached to a heavy stone.

This act was regarded as a selfless act of patriotism by the people and being full of sorrow went looking for his body in their boats, thrashing the water with their oars as they went. Hoping to satisfy the hunger of fish, marine creatures and water spirits they cast rice balls and realgar wine in an attempt to prevent his body being eaten.

Qu Yuan's death was on the 5th day of the 5th month of the Chinese lunar calendar. For over 2000 years his death has been commemorate by the people with dragon boat racing, the making and eating of rice ball wrapped in leaves called zongzi and drink realgar wine. 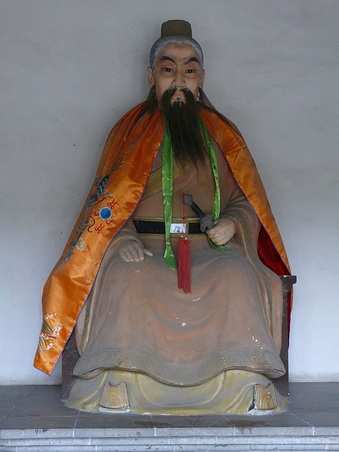 Another legend about the origin of the festival relates to another royal adviser called Wu Zixu. Similarly his advice to the ruler Fuchai was rejected resulting in harm coming to the state. He was forced to take his own life by Fuchai and on the 5th day of the 5th month his body was dumped in the river. After his death he became venerated as a river god, and today, in some provinces such as Jiangsu, it is Wu Zixu that is commemorated during Duanwu Festival

As with Qu Yuan, the people threw rice balls into the river and paddled boats out to look for the body. There are many similarities in the two stories and it is thought that over the centuries they became mixed with one another.

There are also other practices and traditions with the festival which do not seem to relate to the two stories. For example, people wear small medicinal pouches and herbs such as mugwart and calamus are used to adorn doors and windows to keep out sickness and evil spirits. The making and exchanging of zongzi and its eating and the drinking of realgar wine which is thought to be medicinal. Many of these customs seem to be designed for warding of disease and bad luck.

The 5th Day of the 5th Month

There are also other considerations to take into account with the history of the festival. Traditionally the Duanwu Festival is celebrated on the 5th day of the 5th month every year by the Chinese lunar calendar, where each month is made up of 29 or 30 days. In the west the Gregorian calendar is used and the months have 28 (in leap years 29), 30, 31, days. The Duanwu Festival will occur in the period between the last 10 days of May and the first 10 days of June in the Gregorian calendar.

Around this time in China the sun is considered to be at its strongest and the weather is at its hottest. The sun in Chinese tradition is considered to be male as is the dragon. Therefore it is understandable to celebrate the dragon when the sun is in its strongest period around the 5th day of the 5th month, a date also known as the Double Fifth, or duan wu, from which the Festival takes its name. 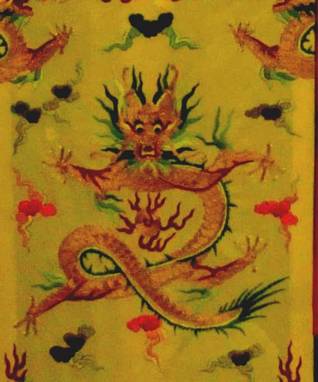 Dragons were powerful in Chinese society
Life or Death

This is a traditionally a period of hot, dry, weather when flies and insects swarm and disease is prevalent. It is also the season when it is necessary to transfer young rice plants to paddy fields for them to cultivate properly in a wet environment.

In such societies there is a very fine line between life and death and it was important to try and achieve a balance for society to survive. Dragons were thought to control, rivers, lakes, seas and rains.

The throwing of rice balls and pouring realgar wine into rivers may have been offerings to appease the powerful dragon gods. Creating boats with dragon heads, tails and other adornments would seem an appropriate complement.

There is a ritual that happens just before the race starts where an important person or leader of some kind paints the dragon's eyes giving the boat life and the spirit of the dragon.

As happens in folklore in societies all around the world the ancient traditions, legends and rites become mixed up with actual events and are added to and embellished until they bear little resemblance to their original meaning.

Sometimes the ruling political leaders encourage elements of a legend while suppressing other parts for their own purposes. There may well be other reasons for changes such as natural disasters. Many think that the festival has taken on other events and influences as through the centuries to evolve into its present day state.

Whatever the truth the Dragon Boat Festival has spread around the world and where ever there are Chinese enclaves, or significant numbers of immigrants from other south-east Asian countries, then the Festival is usually celebrated in some form.
© 25/07/20o9 zteve t evans
References and Attributions