By zteve t evans
This is a retelling of a folktale from the Eskimo people of the Berring Straits area of Alaska, collected by Kern Bayliss in her book,  A Treasury of Eskimo Tales. 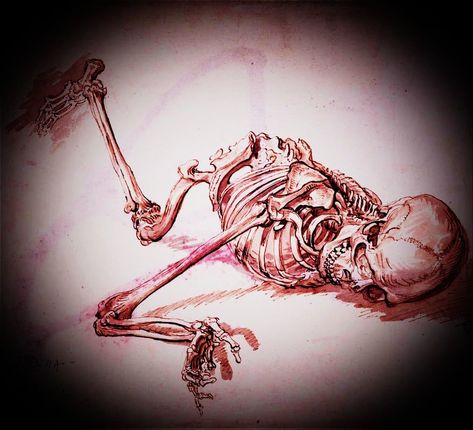 There was once a poor Eskimo boy who lived in a village on Cape Prince of Wales, Alaska.  The boy was an orphan and because of this he had no one to look after him of fend for him and some of the villagers treated him very badly.  They made him run errands for them and made him work for them.

He was allowed  to stay in the kashim, the villagers community building, in bad weather and sleep there. There came a night when it was snowing thick and fast and the adults ordered him to go out in the cold to see if the weather was getting worse or if it looked as if it might clear up.  It was a terribly cold night and he had no boots and no warm clothes.  He did not want to go but they pushed him out through the door and he ran to the edge of the village and looked at the night sky.  The snow had stopped but it was still perishing cold and he ran back with the news, banging on the door and shouting, “Good news! The snow had stopped now, but it is still very, very cold. Please let me in!”

The adults laughed and jeered at him and would not let him in so the boy quickly hid himself.   The adults in the kashim laughed again but almost immediately a great gust of wind blew the door open and in down the passage their crawled on all fours a human skeleton that glowed an eerie kind of red.  It crept into the center of the room while the adults stood struck silent in fear and disbelief.

It then motioned with its bony hand and all the people fell on their knees.  Then the skeleton turned around and crawled back through the tunnel with a line of crawling people following on behind.  The skeleton crawled through the village to its northern end and continued towards the hill.  It crawled over the hill with the people all following in a line.  Although the snow had stopped and the full moon was bright It was a terribly cold night and soon all of the people were frozen solid in a long line but the skeleton crawled on.

Some of the villagers had been away hunting and were shocked when they came back to find the village empty.  They searched high and low and at last entered the kashim and found the poor orphan boy.   He told them what had happened and the people went out and he showed them the tracks the skeleton with the people crawling on behind had made in the snow.  They followed the tracks and found a long line of crawling people all frozen in the snow.   The tracks of the crawling skeleton went  on over the hill and far beyond and they followed them until they came to the side of an old grave.  The villagers were shocked because they knew the grave was the resting place of the orphaned boy’s father.